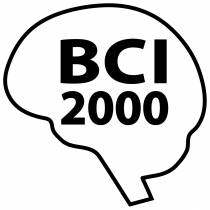 This is an announcement of the November 2009 build of BCI2000.
We suggest that you always use the latest BCI2000 build, in order to profit from bug fixes and feature additions.

Monthly builds, together with an overview of changes between builds, are listed on the BCI2000 wiki at
http://www.bci2000.org/wiki/index.php/BCI2000_Binaries#Version_History

Bug fixes in this version:

Other articles from Schalk Lab

BCI2000 v2.1 Release Build
Friday, April 2, 2010
BCI2000 version 2 now contains many bug fixes and improvements over the initial 2.0 release. Also, a number of features from the upcoming Version 3 have been back-ported into the Version 2 source. Thus, it appeared appropriate to release an intermediate version 2.1.