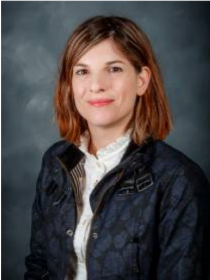 I studied electrical and computer engineering at the National Technical University of Athens with a major in electronics, systems control, and biomedical engineering. I then completed my M.Sc. in biomedical engineering at Oxford University, during which my fascination with recordings from the nervous system began. During my Ph.D. at Imperial College London, I developed nano-power electronic circuits and hardware-efficient algorithms to interface with intra-cortical microelectrode arrays. My research demonstrated that current recording capabilities can be extended by an order of magnitude (from hundreds to thousands of channels), thus paving the way for extensive cortical coverage. After receiving my Ph.D., I remained at Imperial College developing an electro-chemical prosthesis and unsupervised algorithms for interfacing with the vagus nerve to control appetite.

I am currently a postdoctoral researcher at the National Center for Adaptive Neurotechnologies (NCAN), supervised by Dr. Gerwin Schalk (Deputy Director of NCAN and pioneer in direct human brain recordings). I have been recording brain activity in human subjects implanted with electrocorticographic (ECoG) electrode grids (while they are clinically monitored prior to resective surgery). ECoG achieves what neither microelectrodes nor EEG can--good signal quality with high spatial cortical coverage, a combination that I have been seeking throughout my Ph.D. Not only can we accurately monitor activity from multiple cortical sites, but we can also infer functional relationships between these sites. My research focuses on mapping the cortical networks activated during reaction time experiments (i.e., perception of sensory stimulus with motor output) and identifying the physiological mechanisms that modulate the network properties.