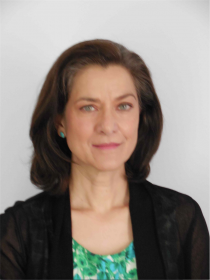 Loretta S. Malta, Ph.D., is a licensed clinical psychologist in private practice. Her specialization in PTSD, anxiety, and stress-related disorders began during graduate study at the University at Albany. She completed her predoctoral Psychology Internship at the National Center for PTSD and her post-doctoral training at the New York University School of Medicine Institute for Trauma and Resilience. From 2005-2008, she was a faculty member at Weill Medical College (WMC) of Cornell University, where she continued specializing in PTSD and anxiety disorders. She continues to serve as a volunteer Assistant Clinical Professor of Psychology in Psychiatry at WMC, collaborating on research studies and providing clinical workshops. Dr. Malta was a staff clinician in the PTSD program and clinical supervisor for the program’s PTSD post-doctoral fellowship at the Albany VA hospital from 2008-2015. Dr. Malta has also held a courtesy appointment as an Assistant Clinical Professor of Psychology in Psychiatry at the Albany Medical College since 2009, and was a faculty member of the Albany Consortium Psychology Internship program 2009 – 2015. In addition to co-authoring a book on aggressive driving, Dr. Malta’s research has been published in peer-reviewed journals and covered in media outlets including Self Magazine and the New York Times.