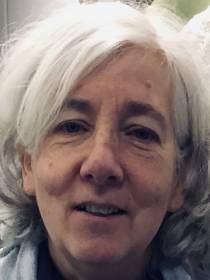 I am a research scientist with twenty-five years of experience in clinical research studies, 20 years focused specifically on brain-computer interfaces (BCIs) as new communication channels for people with severe motor disabilities. Most recently, I have supervised the first-ever large scale trial of independent home use of a BCI by people with amyotrophic lateral sclerosis (ALS). To accomplish this, we have developed and tested hardware; modified the BCI2000 software; developed a range of Windows-based applications; produced training tools for therapists, caregivers, and users; and designed software that ensures data transfer and data fidelity and tracks, complies, and displays daily use for each remote BCI home system. In this work, I have developed collaborations with domestic and international research institutions, and I have participated in and been principal investigator on grants from the Federal Government and from private foundations.

In 2006, I was one of the founders of the Center for Translational Neurological Research, a partnership between the Wadsworth Center and the Helen Hayes Rehabilitation Hospital. The purpose of the Center is to translate the novel methods developed at the Wadsworth Center to the bedside. Most recently, this has resulted in a study that expands the research we have done with individuals with amyotrophic lateral sclerosis (ALS) to include individuals who have reached the “locked-in state.”

Throughout my involvement in BCI research, I have published many peer-reviewed articles, and written a number of influential reviews and chapters. Furthermore, in addition to participating directly in BCI research, I have been responsible for organizing, obtaining funding for, and managing the first four international meetings devoted specifically to BCI technology. These meetings have been supported by grants from NIH, NSF, and other Federal agencies, as well as from a variety of foundations and companies.