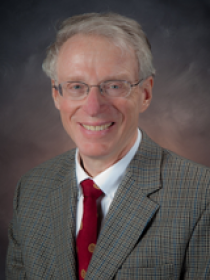 I am a board-certified neurologist who has spent the past 30 years exploring and modulating spinal cord plasticity and its functional correlates in animals and more recently in humans. My lab originated and validated the basic protocol for operant conditioning of spinal proprioceptive reflexes. Furthermore, we have conducted extensive physiological and anatomical studies in primates and rats that have revealed the complex plasticity in spinal cord and brain associated with reflex conditioning and with other interventions (e.g., cortical stimulation, peripheral nerve transection). In recent years, we have focused on the functional impact of spinal cord plasticity in health and disease, and have shown that appropriate reflex conditioning can improve walking in rats with partial spinal cord injuries. I am collaborating with clinical researchers to extend this new therapeutic approach to people. The first study showing that reflex conditioning can improve locomotion in people with incomplete spinal cord injuries has just been published (Thompson et al. 2013).
In addition, over the past 25 years, I have been deeply involved in brain-computer interface (BCI) research and in its clinical applications. Our Wadsworth BCI group first demonstrated the usefulness of EEG sensorimotor rhythms for BCI-based communication and control, and has extended this to multi-dimensional movement control. We are also overseeing the first large-scale clinical trial of BCI technology for use by people with severe disabilities. Furthermore, our group developed BCI2000, the general-purpose BCI software platform and has provided it to more than 1200 research groups throughout the world. In addition, we organized and managed the first four international BCI conferences. Most recently, members of our group contributed substantially to the first comprehensive BCI textbook (Wolpaw & Wolpaw 2012).

Over the past 30 years, the Wadsworth spinal cord plasticity and BCI groups have been consistently supported by grants from the NIH, other Federal agencies, and private foundations. These have included several complex multi-site projects that I have led as PI. Our work has been described in many papers in first-quality journals and has been recognized by a number of national and international awards. I have also described the work in many invited presentations and lectureships, and in numerous review articles and chapters. Furthermore, I have welcomed and supervised the participation of numerous graduate and undergraduate students and postdoctoral fellows in this work. Many of them have made significant contributions to the work and have received appropriate recognition in terms of authorships and meeting presentations. At the same time, I have contributed to the local, national, and international scientific communities by serving on many advisory committees and grant review panels and in other ways as well.

As this site shows, the work of our two highly productive research groups has recently come together around the theme of adaptive neurotechnologies. This convergence underlies the rationale and excitement of the biomedical technology research core that we hope to establish.